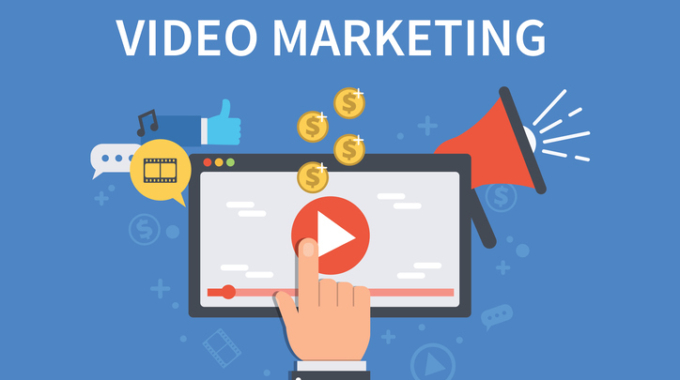 Are you wondering how video marketing will change this year? You have come to right place.

The social platforms are constantly accepting new technologies, and that means marketers need to change as well. And this year, social media platforms are betting big on videos

Social media changes quickly and Facebook seeks to maximize its revenue from advertising.

The study shows that  80% of users prefer watching live video rather than reading blogs or articles or post. While according to Facebook, live video gets 3X more views.

As an example, here are 1 success stories:
Mercedes-Benz:-The first Multinational brand to create a live advert. They continuously streamed for 12 hours using Facebook Live and YouTube as they showcased their new electric cars.

Facebook watch will be available on mobile, desktop, laptop and their TV app. Watch has a Watchlist so you never miss out on the latest episodes. This Watchlist will keep you up with the episode which you follow.

Facebook video receives daily more than 8 billion views. Facebook Watch is said to feature personalized recommendations of long-form live streams and original content which will allow users to discover new shows to enjoy with their friends, and simultaneously also find new episodes based on what’s trending, and even save episodes to view for later.

For example, there are sections like “What’s Making People Laugh,” which includes the people who have used the Haha reaction, and “What Friends Are Watching,” which helps you to connect with the friend

We’ve learned from Facebook Live that people’s comments to a video, So when you watch a show, you can see comments and connect with friends and other viewers while watching, or participate in a dedicated Facebook Group for the shows to which shows they are following too.

Quora is the king of Q&A and is undoubtedly the best community to answer and question things. But there are some topics which cannot give you complete picture in text format.

Our mission is to share and grow the world’s knowledge, and knowledge comes in many forms—not just written answers. Just like with text answers, people can upvote or downvote video answers to indicate how helpful the video is in answering the question.

Quora has already hit traditional QnA giant “Yahoo Answers”. And now with the new feature of native video answers, they are planning to capture the How-To video market as well

Facebook will be soon adding its 360 options for photos and Videos to Instagram by 2018. As this platform emphasizes on Visual, this will be perfectly suited for Instagram. This will make much easier and effective for people to post more interactive and immersive Videos and Photos, provided if the creation process is simplified.

While Instagram users are already able to share 15-second videos right now, Co-founder Kevin Systrom has mentioned in an interview that the company is looking at expanding its duration in its video features. He also added that the company is working on a product called “Hyperlapse” that will let you take stabilized time-lapse Videos. And that’s a toe in the water (in terms of) video production tools that might be introduced in future

Since the inception of Snapchat, it has brought many ingenious features, Snapchat provides its user’s direct access to live event as it is a real-time social media marketing platform.

Brands use Snapchat to record videos of launch, events, trade shows, musical events, social event, etc. And you can also showcase some private scene content to provide something unique to Snapchat followers

Snapchat issued an official statement on its new redesign, wherein the Snapchat social media platform will separate the ‘social’ from the ‘media’. Snap users are going to see partition of content streams between left swipe and right swipe of the design. On the left side, you’ll find content from ‘good friends’ and brands/people who follow you back. On the right, you’ll continue to find Discover, where content from publishers, creators, and brands. They’ll also be focusing on including verified influencers in Discover as part of the update, adding new considerations to brand distribution. This is Snapchat’s most momentous design transformation since it first launched in 2011, proving Snap’s investment into evolving their platform as it aims to reinvigorate itself, both for users and advertisers.

The Walt Disney Company’s deal with Snapchat, Now Disney will create show for Snapchat. The first show will be viewable in Snapchat’s Discover section and is expected to run 3-5 minutes.

Originally, the companies like Celtra, Percolate and VidMob that provide tools to help brands to produce vertical video Snap Ads that appear between people’s Stories, within Snapchat’s Shows and Live Stories and on publishers’ Discover channels.

Twitter was one of the early adopters of live video, buying bombsight before the service had even launched.

Live video holds plenty of hope for Twitter, especially where news is concerned. And while it’s unlikely Twitter will go after blockbuster TV productions like Facebook Watch, its reputation for live trends will serve it well in this space.

If Twitter can once again reposition itself as a stop for quality live video content – for creators, as well as broadcasters – it may see its revenue increase from pre-rolled ads and other monetization opportunities